It is entry level posting for a CSS officer. ASP known as assistant superintend of police with BS 17 scale. ASP rank is not ordinary one because only students have extra ordinary position can achieve this rank BS 17 according to the rules of FPSC. ASP rank is ultimate with the way that is going to take the association as best as possible. Hard works of students can be analyzed through this approach that is reflective as entertaining in every sphere. ASP position is available at all platforms showing enough support to other institutions in Pakistan indeed.

Deputy superintend of police is the rank achieved by ordinary police officers who join the state police cadre many times ago and promoted according to the Police cadre performance indicators. Joined police force as Sub inspector and after getting idea of optimum performance he promoted as inspectors. After that only rank available in police station is DSPs. Promotions element is glaring here that means complete analysis perspective of performance in front of police officer, if he wants to cash his position from state level governance to the highest level.

Difference Between ASP And DSP In Pakistan 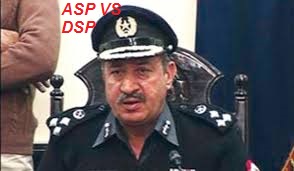