The Government of Pakistan is establish by the constitution of Pakistan, constitutionally called the Islamic Republic of Pakistan. Normally the state of affairs of every state is running under the supervision of three institutions or branches, includes executive branch, legislative branch and judiciary branch. All three executive bodies are very responsible and important branches of Pakistan. The core responsibilities and the duties of these branches are define by the acts and amendments of Parliament. Parliament and Senate are the two executive legislative bodies of Pakistan and here we will discuss What is the Difference Between Senate and Parliament in Pakistan as In Pakistan Parliament is also able to make amendments in Constitution.

The Parliament of Pakistan is the main Federal and supreme Legislative body of Pakistan. Parliament consists of two main houses that are National Assembly and Senate. According to the Constitution, the President of Pakistan is also the component of Parliament. The President is also elect by the members of both houses of the Parliament and Provincial Assemblies. It is mainly responsible for enact laws, fulfill duties mentioned in the Constitution and improves the budget. There are total 446 Parliamentarians in Pakistan. The following functions and the responsibilities of Parliament are mentioned below;

Functions of Parliament of Pakistan:

The upper Chamber of Parliament is know as Senate and Senate is one of the houses of Parliament. Senate is the upper body in Pakistan which represents the provinces or territories and helpful in promoting peace, prosperity, and harmony for the growth of the nation. Senate is the guarantor of National Unity and a permanent house which symbolize the harmony, unity, and peace in National Affair of Pakistan. further get info about What is the Difference between National Assembly and Provincial Assembly in Pakistan

Each of the four provincial assemblies elects 23 members from their respective provinces, four members are elect by the National Assembly from the Federal Capital and rest of the 8 members are elected by the Federal Administrator Tribal Areas (FATA) or as per ordered by the President and each senator term is of six years. The Chairman of Senate acts as a President in that case if the office of President becomes vacant till the position may be filled by the elections. There are 104 senators in Parliament of Pakistan. The members of senates are elect according to the article 59 of Constitution. The functions and responsibilities of Senate are listed below;

Functions of Senate of Pakistan: 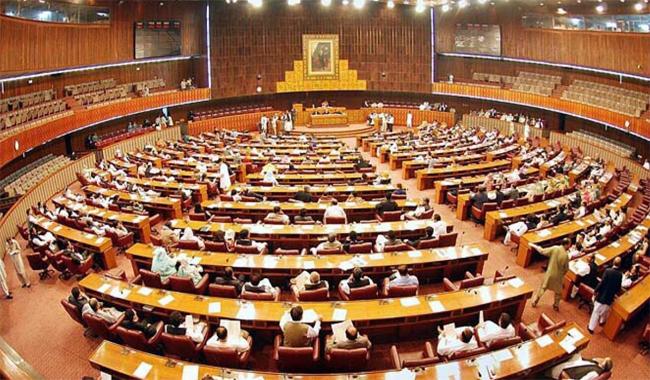 What is the Difference Between Senate and Parliament in Pakistan

Key Difference between Parliament and Senate: